Shun has long, light maroon hair and a more feminine attitude than a typical highschool boy. He tends to enjoy activities such as baking and reading. Because of this, many people mistake him for a woman (Chizuru in episode 3, as well as a woman looking for her son later on) . He's also seen as a 'flower boy' ever since kindergarten, as quoted by fellow friend Kaname, and is a sensitive person (he used to cry a lot as a child such as when Kaname teased him for accidently calling their teacher 'mom'). As a kid, he was in the habit on clinging onto Yuuta and staying by his side to the point where Kaname points out that Shun tended to use more formal speech around him. Shun is a polite, respectful boy who likes to use keigo (honorific speech) to address people, and he is usually the one who tries to calm down situations. Nevertheless, he is quite slow in things like love, such as when a girl from another school confessed to him which led to Shun's shock and uncertainty in what to do. Later on, Chizuru and the twins cut his hair (Episode - quite short, much to his dismay. In the rain, it gets poofy.

Shun has known Kaname, Yuuki and Yuuta since kindergarten. He is also in the tea ceremony club with Yuuta in high school, and were together in the kendo club in middle school. He has two older sisters, and one younger brother, Fuyuki, whose personality is the complete opposite of his.

His character song "Marshmallow days" is heard in episode 8 of season 2.

Translations for the Anthology 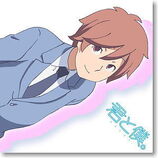 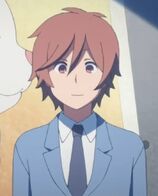 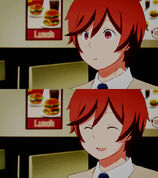